Hosted by Shane Noem and Tara Johnson-Noem, Vice President of the BCM Board of Trustees, NKY History Hour is a weekly offering of Behringer-Crawford Museum focused on Northern Kentucky history, featuring local authors, historians and archaeologists.

NKY History Hour presentations are currently free to the public during this introductory period but may become a BCM members-only benefit in the future. To support NKY History Hour and access many other entertaining and thought-provoking programs for free, join BCM today.

Find all of our past presentations on our YouTube channel. 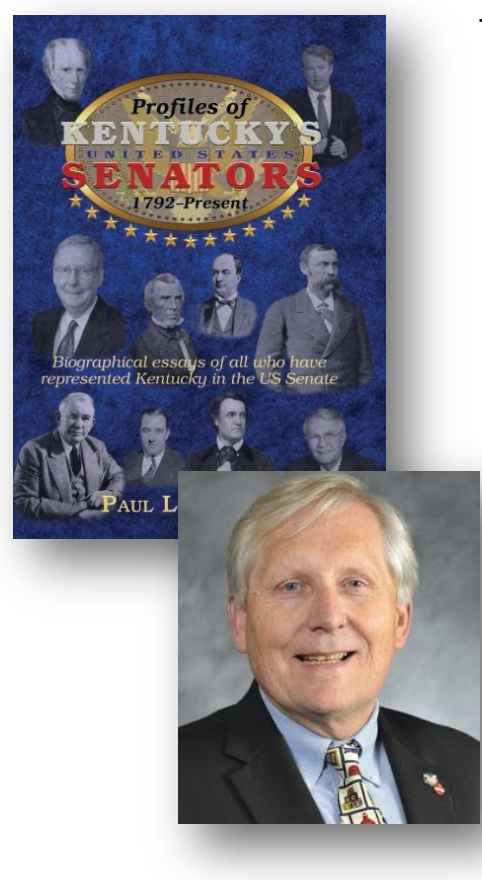 One was a general, another a doctor. One ran for president of the United States; two were elected U.S. vice- presidents. One was a member of the Major League Baseball Hall of Fame; another resigned to become major league baseball's commissioner.

All of these had one thing in common. Each represented the Commonwealth of Kentucky in the U.S. Senate.

Paul L Whalen, author of "Profiles of Kentucky's United State Senators," will discuss the 66 men who served in Kentucky's two Senate seats from the beginning of statehood to the present during Behringer-Crawford Museum's virtual "NKY History Hour" from 6:30 to 7:30 p.m. on Wednesday, January 20.

In addition to famous politicians such as Henry Clay, Happy Chandler and Mitch McConnell, Whalen's book also profiles lesser-known statesmen who also played significant roles in shaping Kentucky's political profile. Whalen, a resident of Fort Thomas, KY, is an attorney and is past chair of the KY Conference of the United Methodist Church Commission on Archives and History.