Check out a Virtual and In-Person Season of Six@Six

Six@Six is an annual series of community lectures by NKU’s faculty and students. The series showcases the scholarship and creative work on campus by discussing that work in the community. Normally hosted at venues around the region, including Behringer-Crawford Museum, the series has adapted with both in-person and virtual attendance options. 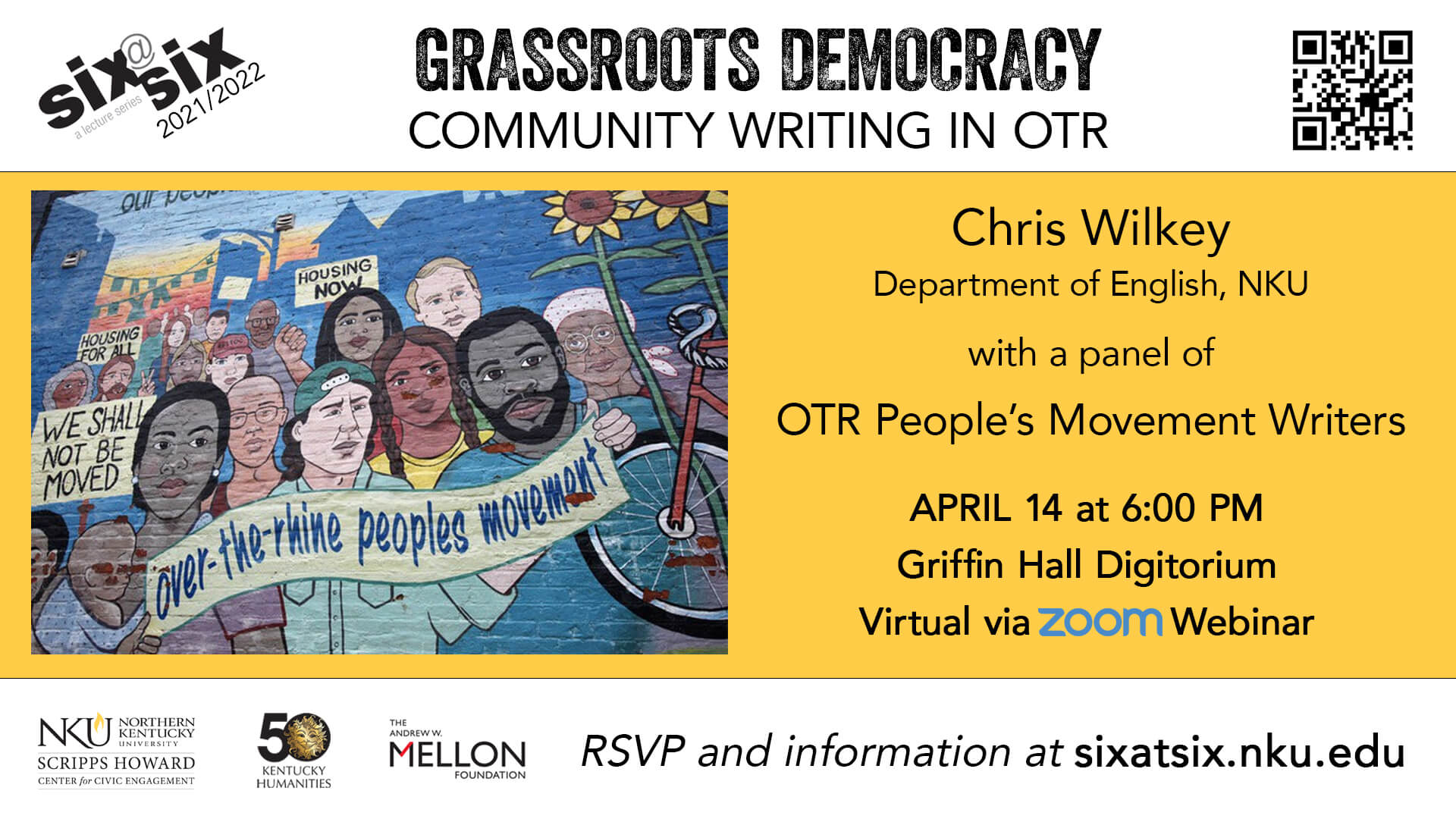 Six@Six Lecture Series is a community lecture series sponsored by Northern Kentucky University’s Scripps Howard Center for Civic Engagement. Think of this as your chance to go to college, minus the tuition, the morning classes and the pressure of grades.

The Scripps Howard Center for Civic Engagement is a department at NKU that works to connect the campus and community. The center’s programming is designed to encourage NKU students and faculty to get involved in the community. Learn more at http://civicengagement.nku.edu.